I've checked the pinned posts and couldn't find a solution by searching the forums...

I'm trying to rip several blu-ray discs from Warner Brothers and all of them have errors at the same spot in the movie after repeated rips: 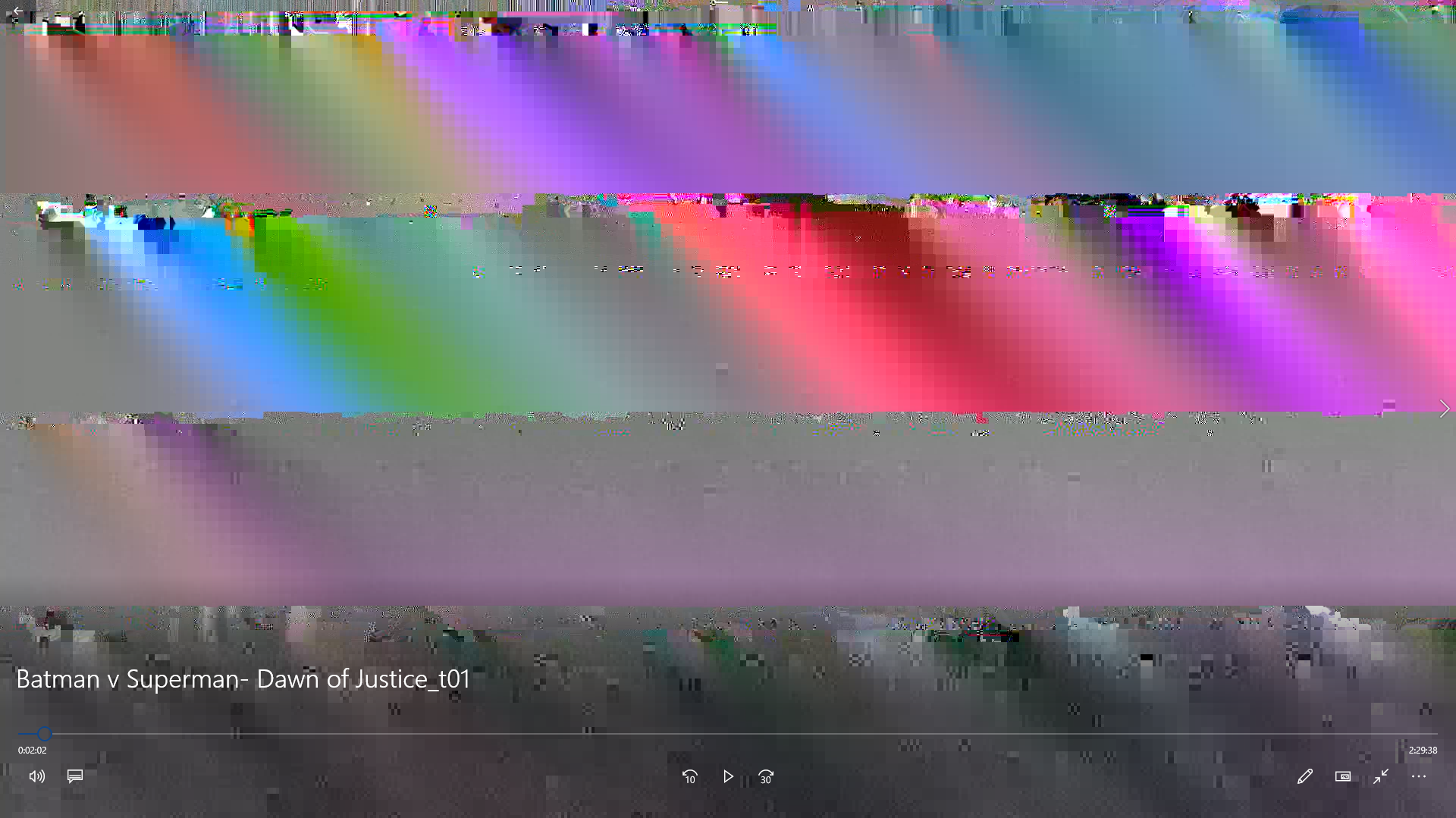 There are no errors coming from MakeMKV The corrupt frames seem to happen when there is a lot of motion on screen or during a cut to another camera angle, but not always.

Here's what I've tried so far:
Restarting my computer (Windows 10 64 bit)
plugging my Blu-ray drive into a different USB 3.0 port
watching the Blu-ray with PowerDVD (it works, no errors)
Using different discs (I only have movies from Warner Brothers handy and that seems to be the only common thing between them)
Saving to a different drive to eliminate the possibility of a failing SSD
importing the same title again produces exactly the same error/corrupt frames

Each of the Blu-rays are in mint condition so I doubt that would have an effect. I also have used this same hardware to rip Blu-rays in the past with no issues.
Top

Looks like a codec problem. I think you are using the Windows "Media & TV" App, or? How it looks with VLC?
Good Luck

No, I don't think so. It's for me a decoding problem. Try it with VLC and not with the current program/app.
Good Luck